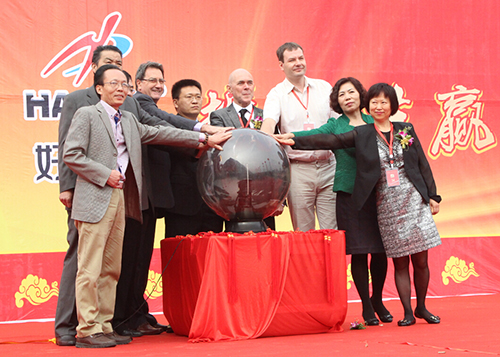 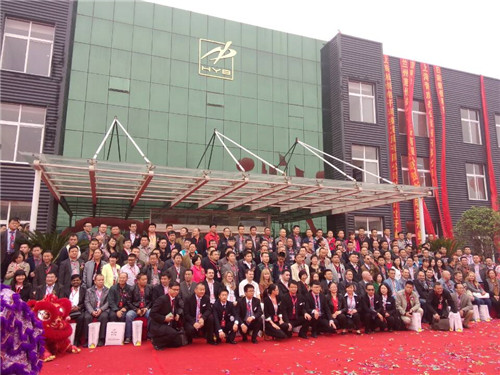 Annual production capacity of the new factory will reach 2500 tons for the first phase and 5,000 tons annually in the second phase. The factory will initially focus on the copier toner used in high speed Ricoh and Kyocera Mita copiers.

Chinese traditional lion dance was performed to the sound of drums, gongs and cymbals, under many flying red flags. According to traditional Chinese belief, the lion signifies courage, stability and superiority. The dance will chase away ghosts and evil spirits and bring people good luck.

Vincent Chen, CEO of HYB Toner, said, “If we look into the regional distribution of global toner industry, development status and trends, the Japanese manufacturers still occupy a dominant position. On the other hand, the manufacturers in Europe and America began a rapid growth in 2011. In contrast, the current status of Chinese toner factory is not optimistic. The competition between toner factories are getting tough and it shows the demanding for the toners made in China is weaker. Many of you might have question: Why HYB still continues their investment in toner production facilities in such a critical moment?”

“We’ll say this is one of the most essential steps in our general plan in the next 5 years. HYB believe there is still a good market space and positive market prospects on the toner industry, which is the reason why we put investment in this new plant.”

Chen said, nowadays, customers and users have switch their intention on product quality and price into added value upon products. They look for stable quality, good service and experience and HYB Toner is seeking to deliver added value to customers.

Raymand Sparks, marketing consultant for HYB Toner, said OEMs still maintain a very strong hold on the market with 75% to 80% market share. They have expanded their attempts to maintain control of the supply chain by attacking the aftermarket on several fronts, such as intellectual property enforcement, managed print services, etc. Also, there are consolidations within the industry. He suggested the key to success is providing a low cost albeit high quality products. And HYB Toner is able to deliver that.